Alisha Blackwell-Calvert, previously Sommelier for Elaia and Olio in St. Louis, MO, is an independent wine consultant. She began working in restaurants in 2004 after studying Equestrian Science and Biology at William Woods University in Fulton, Missouri. In 2007, her passion grew for wine and food pairing while waiting tables at fine seafood restaurant Oceano Bistro in Clayton, MO. Blackwell-Calvert was inspired to continue learning and decided to pursue a career in wine sales. She began as a wine sales representative with Ionia Atlantic Imports in 2012, where Italian wine became a specialty, followed by wholesale distributor Vintegrity Wine & Spirits in 2015. Alisha is a Certified Sommelier and received the 2015 Walter Clore Certified Sommelier Scholarship for top score and also attained the Certified Specialist of Wine certification through the Society of Wine Educators with a 99% score the same year. It was in early 2017 when Reeds American Table approached her with a Sommelier position and an opportunity to work alongside Advanced Sommelier Andrey Ivanov. Wine Enthusiast Magazine has awarded Reeds American Table for Top 100 Wine Restaurants three years in a row.  Feast Magazine has named her a “Rising Star” for 2018. Most recently, she has been named one of Wine Enthusiast Magazine’s “Top 40 Under 40 Tastemakers” in 2018 and one of the newest inductees to Les Dames d’Escoffier.

Alisha continues striving to introduce quality wine to St. Louisans while delivering elevated but comfortable service in private settings. Blackwell-Calvert is currently preparing to sit for the Advanced Sommelier examination and developing a business in private wine consulting. In her free time, Alisha enjoys working with draft horses.

I got into the wine business as more of a science-based endeavor. I became intrigued by how specific varietals tasted differently from various parts of the world. As a server in a fine dining restaurant, I began to realize my favorite part of hospitality was suggesting wine to pair with the guest’s meal. I started to seriously study wine in my free time to better understand grapes and regions.

Currently, the most frustrating part of the industry is seeing colleagues losing their positions and restaurants closing. This is a devastating time for so many within service and beverage. As much as I didn’t love doing monthly inventory, I’m starting to miss the seemingly mundane tasks sommeliers do daily. I have been enjoying my independence as a private wine consultant these last several months, but not being able to conduct staff training and public tastings is definitely a bummer.

One of the most rewarding aspects of being a sommelier is getting a restaurant diner out of their comfort zone. One of my favorite examples was from my position at Reeds American Table, when a couple who swore all they liked to drink was California Chardonnay. I talked them into a bottle of Truchard’s Roussanne from Carneros. They fell in love with something different within their wheelhouse and continued to order that bottle every time they came to visit!

Though only focusing on wine for eight years, I’ve been able to cram some unbelievable moments within that time. Some highlights include getting top score on my certified exam, Washington State Wine Road Trip, meeting actor/winemaker Kyle MacLachlan, and some wine awards I didn’t think would ever be a possibility for me.

However, my all-time favorite wine moment has to be my trip to Verona for the overwhelmingly amazing Vinitaly convention, a massive four-day showcase. It was my first time in Europe and first major wine trip as an industry professional. I relive drinking Chiaretto on the shore of Lake Garda in my head frequently! I highly recommend Vinitaly once traveling is allowed again. Grand-scale events are a must for young sommeliers to learn and expand experiences.

The next biggest trend is exploring your local wine scene. As a country, California wines usually top the list no matter which state you reside. There has been a trend in exploring wine growing regions within one’s own state. There’s brilliant producers in New York, Texas, Missouri, Virginia, and other states that are usually overlooked for bottlings along the West Coast.

I’m also excited about the rising attention in the mead category. American mead and honey-based spirits have shown promising growth in quality over the last few years. I’ve been inspired to make two pyments (meads made with grape juice) with brewer Scott Kurtz, from Riesling and Nebbiolo soon to be released.

The best piece of advice I’ve been giving comes from Master Sommelier Doug Frost. Going into the Intro Somm exam back in 2014, I was still new to the world of wine. When my name was called to receive my passing certificate, Doug leaned in and quietly said, “I hope you stick with this.” Detailed feedback isn’t given for the Intro, but that was a boost of confidence that stuck with me throughout my career. I’m glad I stayed on this wine path, because it’s one of the best decisions I’ve ever made. 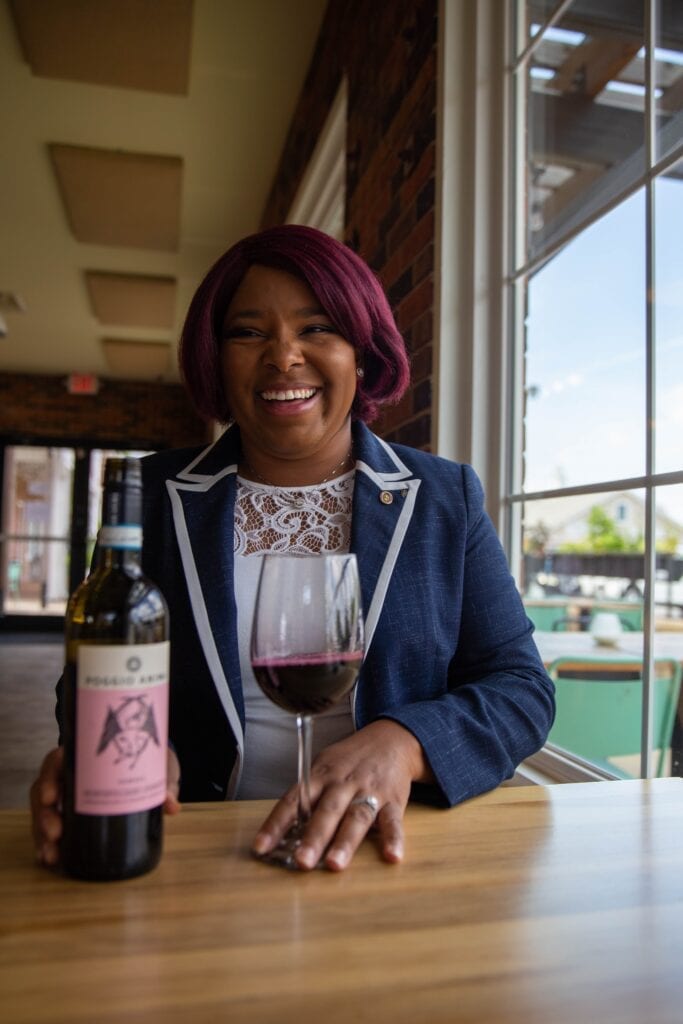 "Take your time and drink your way around the world..."

My #1 tip for someone just getting into wine is surround yourself with like-minded people. Take your time and drink your way around the world and stick with a theme; whether varietal, region, vintage etc. Then rotate comparative tastings to train your palates; New World vs Old World, High Acid/Low Acid, Barolo vs Brunello… This can be done socially distanced or via Zoom for safety to adjust to this modern time.