Jack Mason achieved MS status (Master Sommelier) at the very young age of 27 and is one of the youngest to do so. He is one of only nine esteemed Master Sommeliers in Texas and one of 144 Master Sommeliers in the United States. Jack’s interest in wine was piqued while taking a wine education requirement class while pursuing a culinary degree from the Culinary Institute of America (CIA) in Hyde Park, New York. He soon left to enroll in Hospitality Management at Cornell School of Hotel Administration. It was there he met his future mentor, Greg Harrington of Gramercy Cellars, and became a wine course teaching assistant. Jack returned to Texas following his graduation to begin his career in Houston as a Sommelier at the Grand Award-winning Pappas Bros. Steakhouse while simultaneously studying for and passing the Advanced Exam of the Court of Master Sommeliers. He moved to NYC in 2013 to work as Sommelier at several Michael White restaurants and Danny Meyer’s Marta as Wine Director, and was inducted into the Court of Master Sommeliers in 2015. In 2016, Jack returned to his Texan roots and today works as State Portfolio Manager for Texas at RNDC Distributing Company.

Jack has been featured in Forbes’s annual “30 Under 30” list of outstanding young professionals nationwide, Zagat’s “30 Under 30” list in New York City, and was named Wine & Spirits “Best New Sommelier 2015.” He was also featured in the series “Uncorked” on the Esquire Network that followed his journey to receiving his MS certification. In his personal life, this Master Sommelier enjoys spending time with friends, cooking and working on the house he shares with his wife Carly and their Goldendoodle, Mr. Bojangles.

I originally got into the restaurant business in the back of the house working at a couple restaurants in College Station, TX while I was in high school. The chefs that I worked with suggested that if wanted to make a career of cooking, I should pursue a degree at the Culinary Institute of America. While enrolled in the Culinary Arts program at the CIA, part of the curriculum is to take an intensive wines class which is legendary amongst students for how hard it is. Being only 20 years old, I had yet to be exposed to the wonderful world of wine, and after completing the class I was hooked! The beauty that wine plays alongside food intrigued me and I decided this might be something I would enjoy as a career. After completing the program at CIA (and now having turned 21) I made my way to Cornell University and it was there that I met a Master Sommelier for the first time. I was taken aback. I knew that was a path that I wanted to go down, and I spent the next several years studying, tasting, traveling, and being mentored to find my way to success at the Master Sommelier exam in 2015.

One of the most frustrating parts of the job is working with young wine professionals that believe they are further along in their journey than their experience would dictate. Often this leads to people over-extending their knowledge and ultimately slowing down their ability to be put in the positions that would allow them to gain experience in an organic fashion. On the other hand, one of the most rewarding parts I experience is getting to work alongside people and help connect them to resources that can continue their education and ultimately seeing them grow. One of the things I love about the Court of Master Sommeliers is the culture of mentorship, and just as I was guided along in the process, I am now able to help others in their journey.

The most memorable wine experience I have had thus far has been being able to visit Jean-Louis Chave of Domaine Jean-Louis Chave in the Northern Rhone. Jean-Louis spent an entire day with just myself and two very good friends and colleagues. He explained the appellations from his experience, walked the vineyards with us, took us through the winery, and ultimately had a private lunch with the three of us. It was absolutely magical and I am a forever a fan of the wines, the appellations, and the man behind them. Such a special day!

We are seeing people expand their scope and wanting to engage with not only new styles or producers of domestic wines, but also with wines from the Old World. Recently, there is an increasing inquiry about wines from Champagne, Burgundy, Bordeaux, Italy, and Spain since the pandemic hit. I think people have had a lot of time at home drinking what they have historically always known and are now ready to venture out. Really fun to see people expanding their scope!

Always admit if you don’t know the answer to a question and commit yourself to finding the answer. It does not benefit anyone to just put on an act of being a know-it-all. The best way to engage with our colleagues and guests is from a viewpoint of humility and a drive to be better. 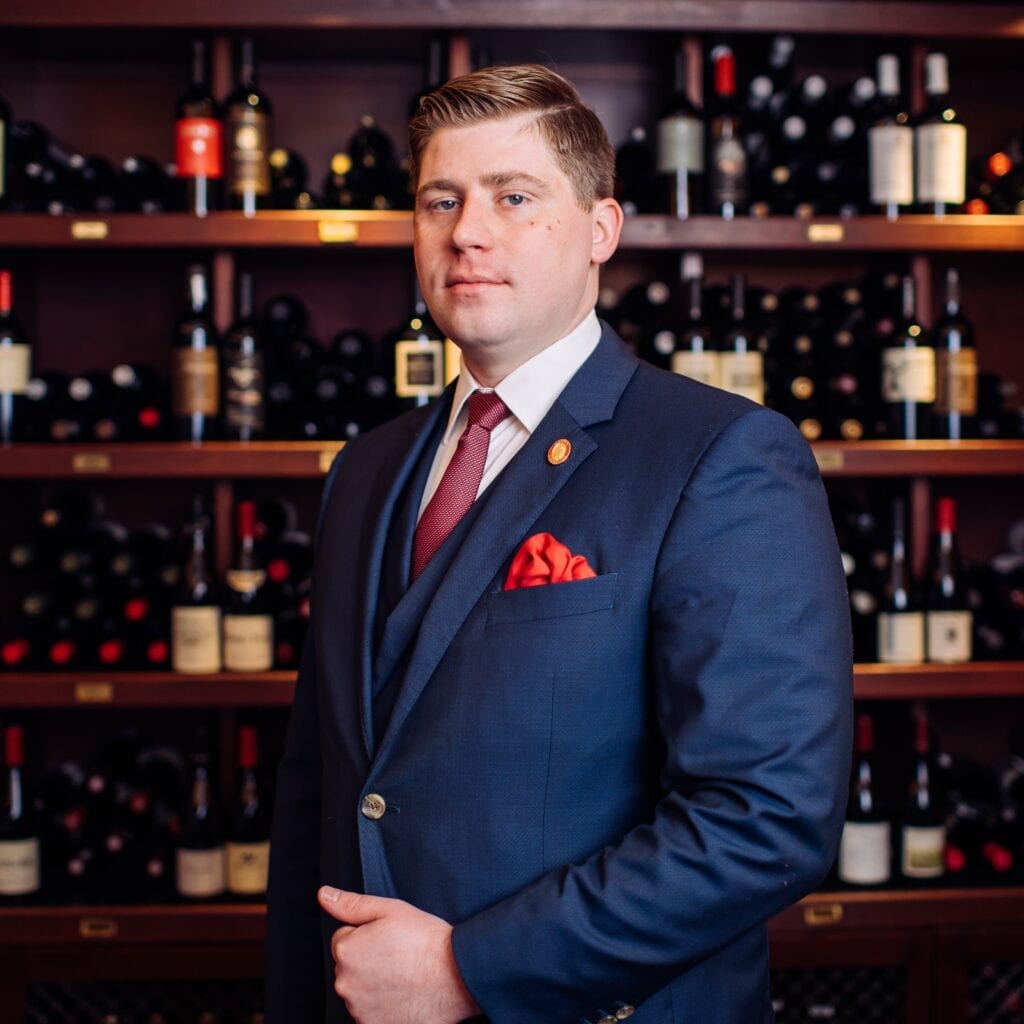 "There is always more to learn and people to learn from."

Be patient, humble, and willing to put in the work. Learning the incredibly complex world of wine takes a lot of time, and if you achieve a level of certification, it doesn’t mean you’ve made it. There is always more to learn and people to learn from. Work with people who have been in the industry for some time and find people to mentor you. We all build off of each other, and sharing in each other’s experience allows us to begin to formulate our own voice!