Jonathan Feiler is Group Director of Wine for Ocean House Management Collection, including the Forbes Five-Star Ocean House, the award winning Weekapaug Inn, Watch Hill Inn, and Inn at Hastings Park. Under Feiler’s direction, the Ocean House wine collection includes selections from the most important growing regions and hidden gems from around the world.

A graduate of the Culinary Institute of America in Hyde Park, New York, Feiler has extensive experience with food and a profound passion for wine. He began his professional career at Maison Robert in Boston where the world of wine first piqued his interest. His career accelerated at the renowned Commanders Palace in New Orleans where he was quickly promoted from Captain to Sommelier of their sister restaurant, Café Adelaide. Feiler moved to Las Vegas, Nevada where he took the position of Sommelier at Bartolotta Ristorante di Mare at the Wynn Resort, a Forbes Four-Star restaurant. When Encore Las Vegas opened, Feiler was promoted to Wine Manager at the Sinatra Restaurant. There he received a Wine Spectator Best of Award of Excellence for his extensive Italian-focused wine list. After being away from the East Coast for more than 10 years, Feiler returned home to his roots.

Prior to his current position at Ocean House, he served as the Director of Wine Education, Head Sommelier and Director of Food & Beverage at Ocean House. He was also the fine wine business development manager for Rhode Island Distributing. Feiler rejoined the Ocean House organization in October 2018, where he oversees the wine and beverage program and practices a wine philosophy centered on versatility and approachability. He also is responsible for a full program of beverage education classes for individuals and groups.

While attending the CIA in NY, there was a wine class as part of the curriculum.  I was fresh out of high school and did not come from a family of wine drinkers so it was all new to me.  As it turned out, wine did not come naturally to me and I did not fare well in that class, but I passed and it piqued my interest.

A year after graduating, I was hired at Maison Robert in Boston, and as part of my responsibilities I put away and inventoried the wine and liquor for the restaurant.  One night after a difficult service, the manager offered me a glass of wine: Guigal Crozes-Hermitage.  I put my nose in the glass and for the first time, a wine spoke to me.  I knew at that moment that I would become a sommelier and study wine.

I believe that many people over-romanticize the job of a sommelier; they see us tasting wine and talking about something we are passionate about and they envy that. What they don’t see is us at our desks putting in invoices or processing inventory until the wee hours of the night.  However, it’s all worth it when one of my guests tries a wine or wine pairing they have never had before and you see their life change before your eyes.  Creating relationships with my guests and staff is what gets me up every morning.

My most memorable wine experience was my first trip to Italy. I was fortunate enough to win the Banfi Scholarship in 2009. Spending time tasting new wines, eating new foods, experiencing new customs, and meeting new wine professionals all with the back drop of Tuscany and the amazing hospitality of Banfi made me see wine and our industry in a new light. It sealed my love and passion for Italian wines and culture. I am lucky enough to still have relationships with the professionals I was on the trip with.

I believe we will be seeing people step outside their comfort zones and explore new wine regions, grapes, and styles. If the past year taught us anything, it’s that every day is an occasion and should be celebrated. I believe people will want to try new things and have new experiences.

I have been fortunate to work with some of the best in the business. I have had many mentors and they all have engrained their wisdom on me. The best piece of advice I have ever received was don’t worry about the things you can’t control but perfect the things you can. It has steered all of my decision-making and how I manage stress throughout my career.

No one knows everything; surround yourself with smart, passionate people and learn from them. Never say no to any opportunity; you never know where it will take you. Try every wine and appreciate it for what it is. 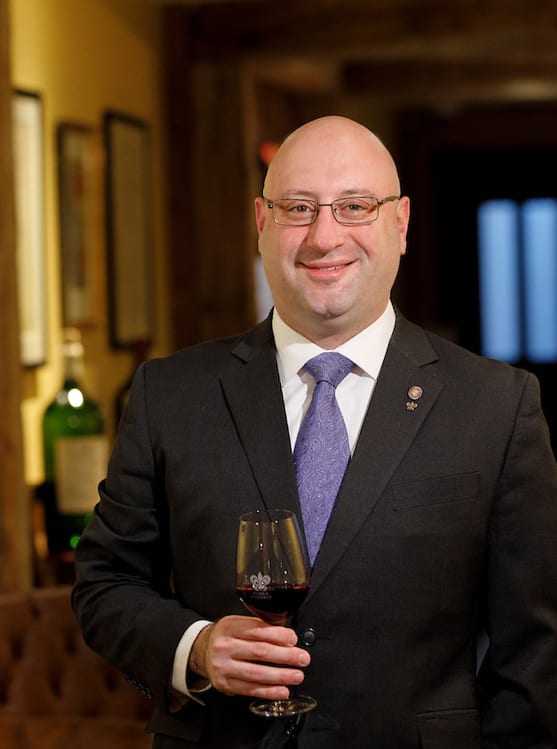 "Creating relationships with my guests and staff is what gets me up every morning."