Katja Scharnagl was born and raised in the Wachau Valley in Austria. She grew up at a winery and farm and was introduced to food, wine, and hospitality at an early age. Katja’s grandmother was a fantastic cook, and a couple of times a year the little tavern, called “Heurigen” in Austria, was open, giving Katja a chance to learn hospitality first-hand. After not being accepted to the kindergarten teacher school, her grandparents suggested she go to culinary school and study hospitality. She worked in wine-focused and Michelin-star restaurants in Austria and passed her Diplom Sommelier degree—equivalent to the Advanced Sommelier with the Court of Master Sommeliers—at age 24.

Katja moved to NYC in 2011 and has been since then part of the Sommelier team at Le Bernardin, a 3-star Michelin and 4-star NYT awarded restaurant which has been named as one of the top three restaurants in NYC and one of the ten top restaurants in the world. In fall of 2017, she passed the Advanced Sommelier exam with the Court of Master Sommeliers. In January of 2018, she was promoted to Chef Sommelier at Le Bernardin, directly overseeing the day to day business of the wine department and all private events, working hand in hand with Wine Director Aldo Sohm. She has joined tasting panels with Eric Asimov at the New York Times, and has been featured in articles by Lettie Teague at the Wall Street Journal. This past fall, she started her own company, Katja Consulting, where she offers online tastings, wine cellar organization, and more.

Besides all things wine, she is a huge fan of cooking, baking, and hosting dinner parties for friends and family. Reading and enjoying the art and culture of NYC are many of her favorite things to do as well.

I think I was always in the wine business…growing up at a winery where all hands were needed especially during harvest. But I never thought of it to be something special or unique. Over the years I learned how special it was and how much it shaped me.

Most rewarding part? The people! Coworkers, guests, vendors, sales reps, wine producers – this is the best part of the job. You get to know so many different people and everyone teaches you something. I have been able to get to know so many and I have developed so many great friendships over the years.

I have been able to go on many wine trips in my life and I have had a lot of memorable experiences, but I think one of the best was when I was part of the La Paulée scholarship trip in January 2019. We were invited to dine with Becky Wasserman-Hone and Russell Hone at their house in Burgundy. Russell cooked a fantastic dinner, the wines were amazing, but more importantly we were able to listen to Becky who is A LEGEND! It was very inspiring, and I learned so much that evening about wine, but also I was able to travel in time with this fantastic couple.

Trends are coming and going, but we should not forget the classics. Sometimes you are so in this world of what’s next, what’s new, and what’s cool that you almost miss when there are some fantastic producers in a classic region making delicious wine. In today’s world, the classics might be not easy to afford, but it’s important to keep an open mind and learn about and taste benchmark wines as well.

Never give up! Keep on doing it, even if it’s small steps, but don’t give up!

Taste, taste, taste, study, and be humble! Do the hard work, show up on time, and don’t complain about doing cellar work. It’s the best way to learn about labels, producers, and the wine list that you are working with. When you know the wine list, then you can recommend wines to your guest. 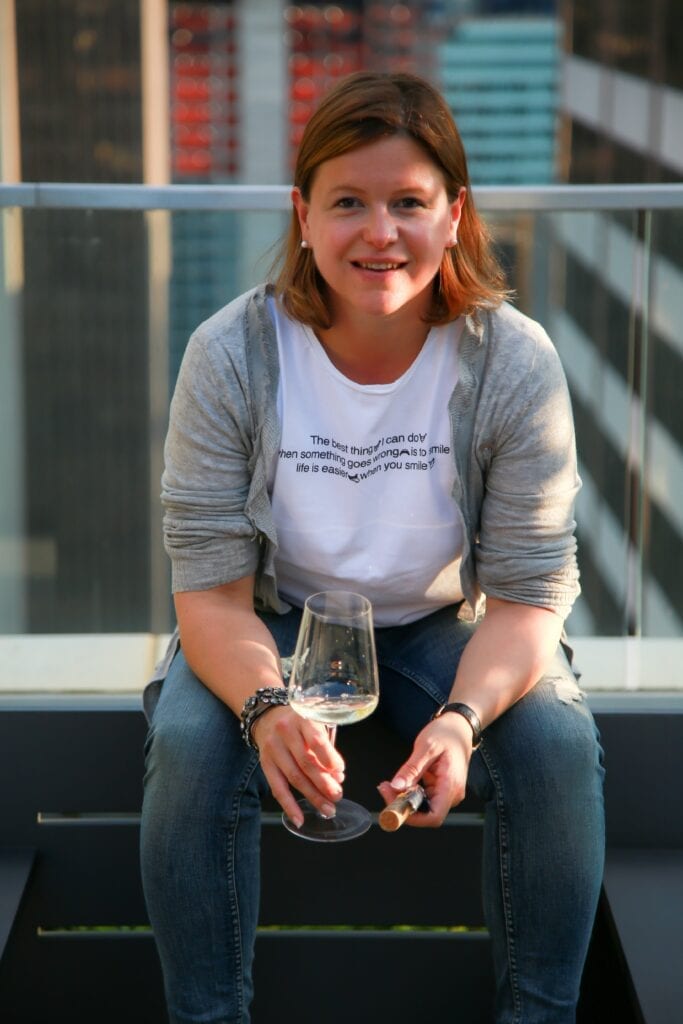