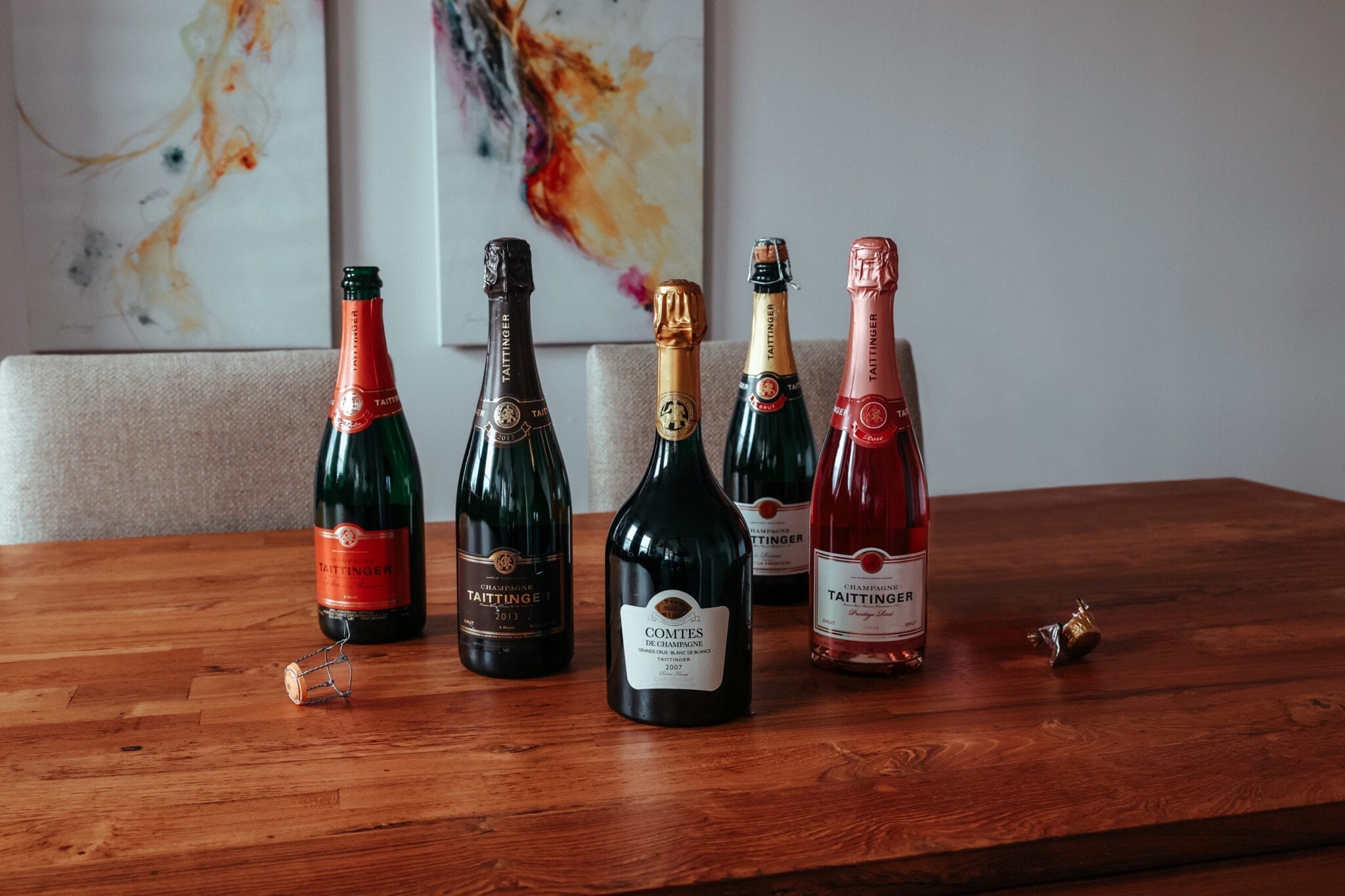 When I started French Wine Tutor last July, the top questions I received all led back to the Champagne region—and with good reason. Used as a bargaining chip and a battle ground in a variety of world wars, the Champagne region is home to some bizarre names that simply don’t fall into the French language (or any known language, for that matter). With Dutch, Flemish, English, French, German, and Swiss names all coming into the mix, it’s hardly a surprise that both wine consumer and professional alike struggle with pronunciations in this region.

2020 might not be the year for big, in-person Christmas parties, but it’s definitely going to be the year for large-scale Zoom ones. And there’s no doubt that a question you’re bound to be asked on these calls is, “Well, what are you drinking?” If you’re opening a bottle from the Taittinger collection, why not show off your newly perfected French pronunciation? It’s a party trick I’ve personally found great use for.

Let’s start at the very beginning, shall we?

The original pronunciation for the word “champagne” is actually SHAH-M-PAHN-YUH.

Yes, you read that right! Even the English pronunciation of Champagne as we know it is incongruent with the way the French pronounce it (cue shocked emoji face here). The reason for this is because the last syllable is darn tricky. In French, a combination of the letters -GNE at the end of a word actually makes the YUH sound. We see this in other French wine regions too, like BOURGOGNE.

Now, about the name of the Champagne house in question—TAITTINGER | TAY-TAHN-JAY. The original name has origins in 17th century Austria, but the family has been in France since the 1640s.1 To honor the house, the best way to pronounce would be the classical French pronunciation, and the trickiest part about that is the darn nasal in the middle.

In French, when a vowel is followed by an M or an N, it results in a nasal sound. This sound masks the M or N in the area between your nose and the back of your throat, and combines it with the vowels that come before it. Nasals take a while to get the hang of, so the key here is practice!

Ok, now that we’ve got that down, let’s move on to another important word in the champagne world, BRUT.

Now, I know what you’re thinking. “Everything I’ve read about French is that the final Ts and sometimes other consonants are always silent! Why is the T on brut pronounced?!” The simple answer is that the French language is infamous in that it has both many rules and many exceptions to rules. Brut is a short word, so the T is pronounced. Other examples of this are the words “sept” (seven), “ouest” (west), “pat” (stalemate), and many others. (Of course…there are exceptions to the exception rule.. but let’s just keep things simple…)

Now that you’ve mastered the basics, let’s get down to the cuvée names!

If I were to write out this cuvée name somewhat more phonetically, I’d say LAH FRAW-SEYS. Literally meaning “The French Girl” or “The French Woman”, it’s a cuvée that is emblematic of the best of French champagnes: soft, complex, well-rounded, and ages well.

I’ll be the first to admit this one is a bit of a doozy! A follower asked me this on Instagram several months ago and I had to do a double take. When translated directly, it means “Marquetry Madness” or “Marquetry Follies,” and was inspired by the beauty of small scale, detailed carpentry. If there’s one thing we can all appreciate about Champagne it’s the commitment to detail—like marquetry—so the descriptor describes the wine inside as much as it does the carpentry that inspired it.

Finally, an easy one! (Right? …right?) I think we can all say rosé correctly, and thankfully, the word “Prestige” is essentially pronounced the same in English as it is in French. So if you want to show off but know your French isn’t amazing, this could be a great option, and the wine inside is as delicious as its name might suggest.

Anything worth having is worth fighting for a little bit, right? I’ll be honest, this one is a little bit of a challenge. But wow, what a Champagne to pronounce correctly! Reputed for its elegancy, complexity, and velvety smoothness, this is definitely a wine that deserved to be opened after the year we’ve all had. Let’s get to it, shall we?

First, the name of the Champagne: Comtes de Champagne. This word means “Count”. Unlike the other words, it’s a bit tricky to spell phonetically as there are several silent letters and a nasal that is a bit more subtle than the others in this article. Essentially, the word is KAW-M. The T, E, and S are all silent.

Placing the difficulty of the word “Comtes” aside, I’ll go out on a limb here and say the craziest combination you’re reading in this article is probably the fact that when Blanc de Blancs is pronounced out loud, both the Cs and the S are silent! 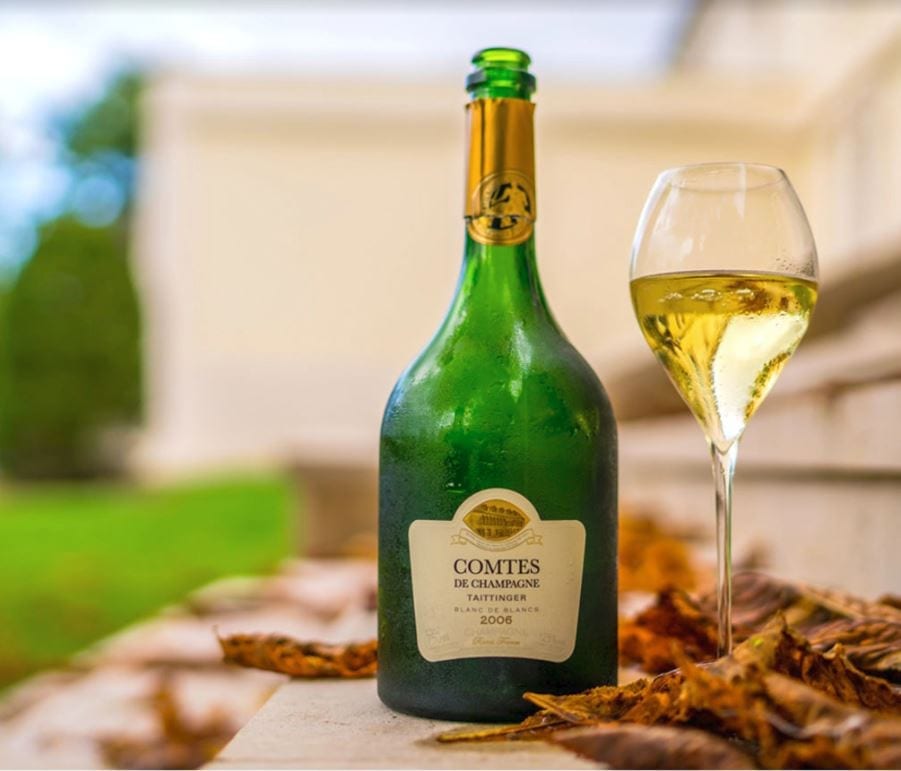 The result is three words that sound a bit like: BLAW DEU BLAW. You probably think I’m crazy, but if you hear a French person say this term, those last few letters will be invisible. Say it out loud, it’s fun and great practice! Now the next time your Aunt Karen tries to show off at a family gathering and pronounces this incorrectly, you can politely (or impolitely, if that’s your family dynamic) correct her.

No matter how you’re celebrating this year, opening a few bottles of Champange with friends and family over Zoom certainly can’t be beat. The 2020 Holidays will certainly feel very different from previous years, but the beauty of the classics is they never go out of style, no matter what’s going on in the world.

Now that you know the correct pronunciation, test yourself with the Sparkling Wine Quiz.

An American by birth, but French every way else, Katie started learning the language at the age of 11 and has spent her career working for French wine brands, translating marketing strategies from French to English for the American market. She’s lived in France many times and has always had a sincere appreciation for the food and culture she fell in love with as a child. With 6+ years experience in social media strategy, she launched a successful Instagram brand, French Wine Tutor, in 2019 to help educate and debunk myths about French language, pronunciation, and wine. She has a WSET 2 and currently works full time with VIVANT & Château de Pommard as Social Media Lead. 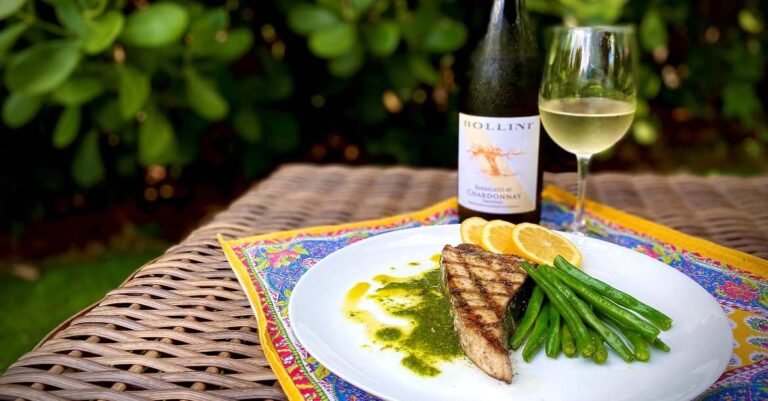