Todd has worked with top Boston chefs and restaurateurs Jamie Bissonnette and Ken Oringer at K.O. Prime, Marisa Iocco at South End Galleria and Bricco, Babak and Azita Bina at Bin 26 Enoteca and Chef Daniel Bruce, as Wine Director at the Boston Harbor Hotel and Tony Maws at Craigie on Main.  He spent seven years as Head Sommelier and Beverage Director of the Award-Winning, Bistro du Midi with acclaimed Chef, Robert Sisca.  Throughout his tenure, his wine program was granted Wine Spectator’s Best of Award of Excellence and his wine list had been dubbed “one of the city’s most formidable” by Bon Appetit Magazine. Three-time winner of Boston’s Best Sommelier Award, 2011 & 2015 from Improper Bostonian and Boston Magazine in 2014, Todd openly offers his industry experience to the next generation of sommeliers and is a frequent guest lecturer, occasional contributing wine writer and has been both Competitor and Judge for StarChefs Somm Slam.  He has also served as the Wine Director for both Nantucket Wine & Food and the Newport Mansions Wine & Food Festival. With his own business under the SommWerks Consulting banner, Todd continues to work on various restaurant and private consulting projects and regularly contributes to James Beard Taste America (Boston) and various other wine events around the country. Most recently, he has joined the charitable organization, intheweeds.us to champion the mental, physical and financial health of hospitality professionals throughout the country.

Throughout my tenure as a cook and server in restaurants prior to my beverage and management focus, wine developed into one of my true passions. There was a point when I was working at a spectacular restaurant, K.O. Prime with two James Beard Award-winning chefs (Jamie Bissonette and Ken Oringer). The restaurant was located in a hotel and it was part of a labor union. Based solely upon date of hire, I was laid off three times in one year. As horrifying as that sounds, I turned lemons into lemonade and enrolled in the Boston University Elizabeth Bishop Wine Studies Program under the tutelage of two Masters of Wine who I am proud to call mentors and at this stage friends and colleagues, William Nesto, MW and Sandy Block, MW. I was hooked immediately and took a job as a clerk with a focus on wine in an Italian specialty food and wine shop. After some 5-6 weeks, I was promoted to Wine Director and General Manager for the group’s sister wine bar, Bin 26 Enoteca in Beacon Hill, MA. The focus as a European wine bar was to offer a great deal of regionally specific, often times highly eclectic if not obscure wines that not only delighted, but frequently challenged the palate as well as the intellect. It was a perfect first project for a budding Sommelier and Wine Director.

Of course I am very passionate about wine and food, but what I really cherish about being in the business is the close relationships I have developed over time. Whether it’s a simple tasting appointment, sharing a lunch or dinner table, a bottle, a zoom, or even just some silly text messages from time to time, it reinforces an undeniable fact – wine doesn’t make, import, distribute or serve itself. The people at every stage of the process are what really make the biggest difference to me. Then there is the Sommelier community at large. We all speak the same language both literally and figuratively. I’ve been particularly fortunate as a festival Wine Director to have lead teams of some of the best sommeliers in the country. Over time, the majority of them have truly become members of my extended family. We travel together, we break bread together, we share fun and special wines, we laugh, we cry, we share good news and bad. It is this human element about the business that keeps me enamored after all of these years on the job.

Conversely, perhaps not overt frustration, but certainly some discomfort when other people are in the business for seemingly the wrong reasons – as Indiana Jones might say, ‘Fortune and glory, kid. Fortune and glory’. Regardless of the tier of the beverage universe in which one happens to work, it should be the client or guest that comes first not an individual’s hubris regarding who or what they know, especially when that information is unsolicited. That is not hospitality. Achievement and recognition are (or ought to be) earned through hard work, honesty and fairness, dedication and playing nicely with others in the sandbox.

Memorable: I was the lone Sommelier on a supplier wine trip to France. In one day, we woke up in Mâcon in Burgundy, hit AM rush hour traffic in Lyon, toured Hermitage in the Rhône, tasted nearly 40 wines with lunch, this time hit PM rush hour traffic in Lyon and around midnight finally reach Sancerre in the Loire Valley, some 240 miles away. Needless to say, this was an insanely long day of travel. We had all very graciously been gifted bottles of a magnificent 2002 Vintage Champagne during our time in Épernay. We had no drinking vessels, but we all had plastic water bottles. I used the scissors from the pocket knife I had on me to fashion each of those bottles into makeshift flutes for the whole bus. This made the time pass much more enjoyably, as one might imagine.

Funniest: Kevin Zraly pretending he didn’t know my name after months and months of communication and at the time, at least two years of working together absolutely infuriated me… temporarily, of course. If you know Kevin Zraly, he is known just as much as a legendary Sommelier, author and educator as he is for his legendary sense of humor. Don’t worry, we’ve since made up! This was hilarious to me because despite his stature in the community, he makes wine fun and doesn’t take himself too seriously. And I am the same way…just not a legend. Please see question above and reference the human element of the industry.

Craziest: The time I coordinated and secured the wines for a seminar including Kevin Zraly (again), Ray Isle (Food&Wine) and Eric Asimov (The New York Times) as panelists with not only one of my favorite winemakers, but arguably one of the nicest, most talented and most genuine humans in the business, Dan Petroski, as moderator. It was as much a humbling experience as it was pretty crazy to come to terms with the fact I was leading four wine industry titans for whom I have a tremendous amount of respect. I’m not generally a ‘fanboy’, but this was pretty epic.

My friend, colleague, and Wine365’s most recent focus, Bernie Sun, was right on point with his response to this very question. By the way, Bernie is also as terrific a person as he is a steadfast part of the wine industry. There I go again with the ‘people’. Innovative packaging will continue to be a major trend in wine. From kegs to cans and in unique serving volumes, these offerings promote eco-friendly alternatives to bottles which yes (glass) can be recycled, but their weight in transit results in greater harmful emissions and shipping costs and while I don’t believe natural or (similarly innovative) composite corks will ever be replaced entirely, guaranteeing freshness, reducing shipping costs, and providing the associated savings and convenience to the end user especially involving wines for immediate consumption, will be a thing to watch. 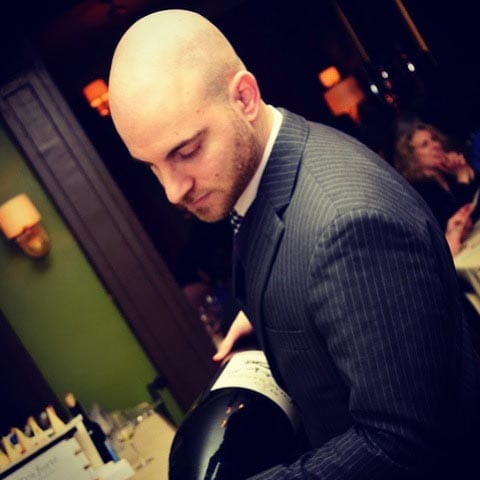 "Repay every favor granted and be a real person, not a cog in the machine..."

In 2012 if I remember it correctly, I was shocked and humbled to be the recipient of an unsolicited invitation to sit for my Advanced Certification with the Court of Master Sommeliers. I was fully aware such a situation was nor to this day, is remotely common. Not only did this set my mind ‘aspin’, but I was at a very big crossroads in my life at the time – all positive. I spoke with a Master Sommelier, who advised me that timing is everything for something like this and to stay the course I was on – running a top beverage program in my market, additionally working an assortment of important wine events, and to consider what potentially unwanted sacrifices to which the proposed road and the time and energy it required MAY have led. This was in no way speaking any malcontent to the Court of which I am a proud member. It was merely an indirect way of saying a pin does not define you. A pin says you know ’this’ much; it does not say there is anything specific about which you don’t know and there is more to being a Wine Director than simply knowing wine. Accordingly, the pin may not always be the answer. I will say that this very fine man and Master Sommelier may never have been my direct teacher or boss, but his candor and support (to this day) make me consider him to also be a mentor.

Put yourself on a shelf. It is important you are knowledgable and that you taste outside of your comfort zone, knowing that the knowledge gained via this exercise will help your guest or client in the long run. Be in wine because you love it, not because you are in love with being in wine. Wine is a mere beverage. It means very different things to different people, many of which think the Sommelier or clerk is ‘out to get them’. This is an unfortunate stereotype sustained by wine people focusing on the sale at hand not the sales in the future. Establish trust. Listen. Put your knowledge to good use; this is hospitality at the very least. If you are a Wine Director at some point, always remember that the guest or client comes first, with the business as a whole a very close second. You are waaaaaay down the line. Put all of your specific passions into your own cellar. Your program ought to exude your personality and taste to a certain extent, but ALWAYS remember your business becomes successful when you flip product over extended periods of time, NOT because you convinced someone to buy an expensive bottle that day or night. Stay humble. You are but a part of the process and that process should have the goal of making other people happy. That and remember everyone in business wants to get ahead. Repay every favor granted and be a real person, not a cog in the machine. Also, always remember to look sharp and smile. 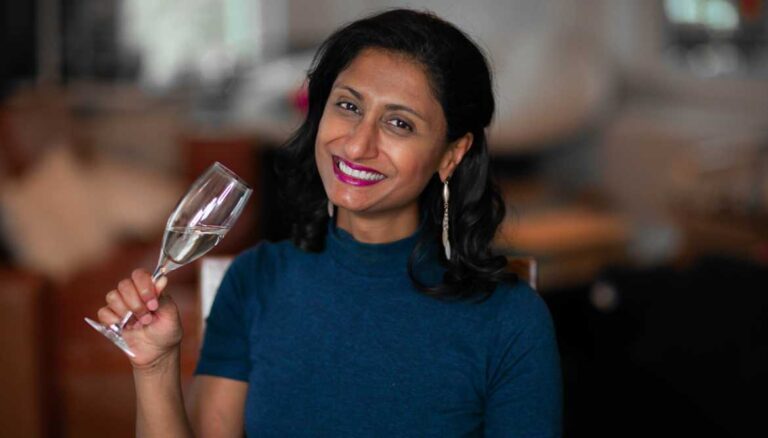 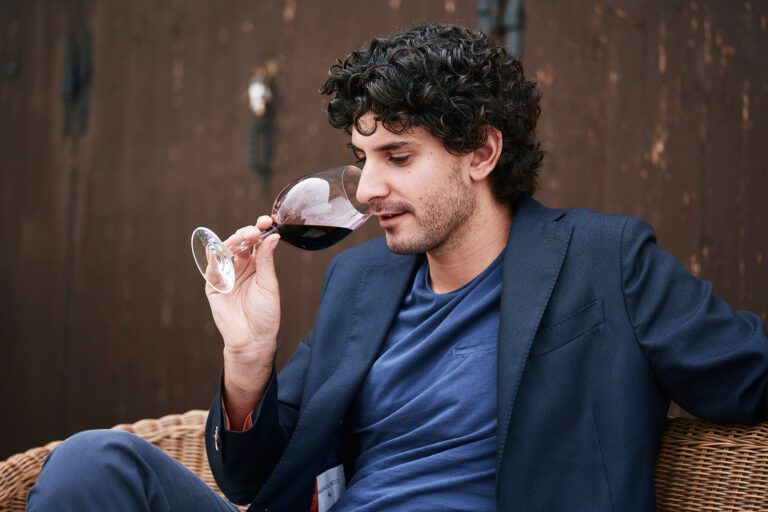 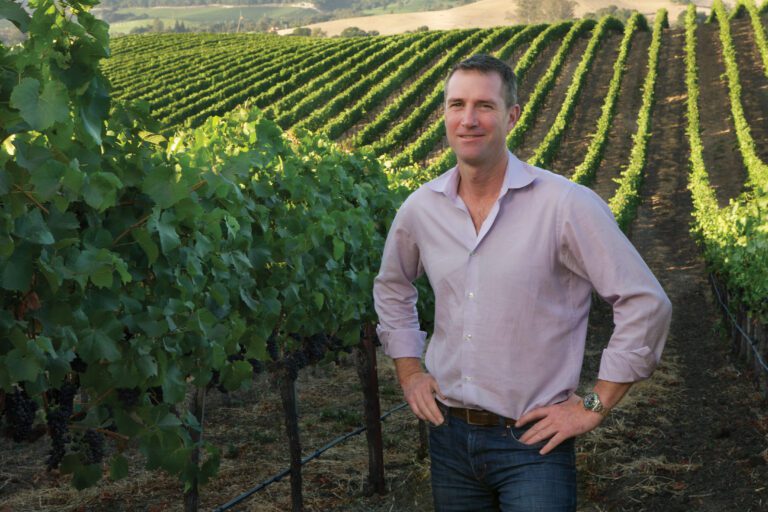