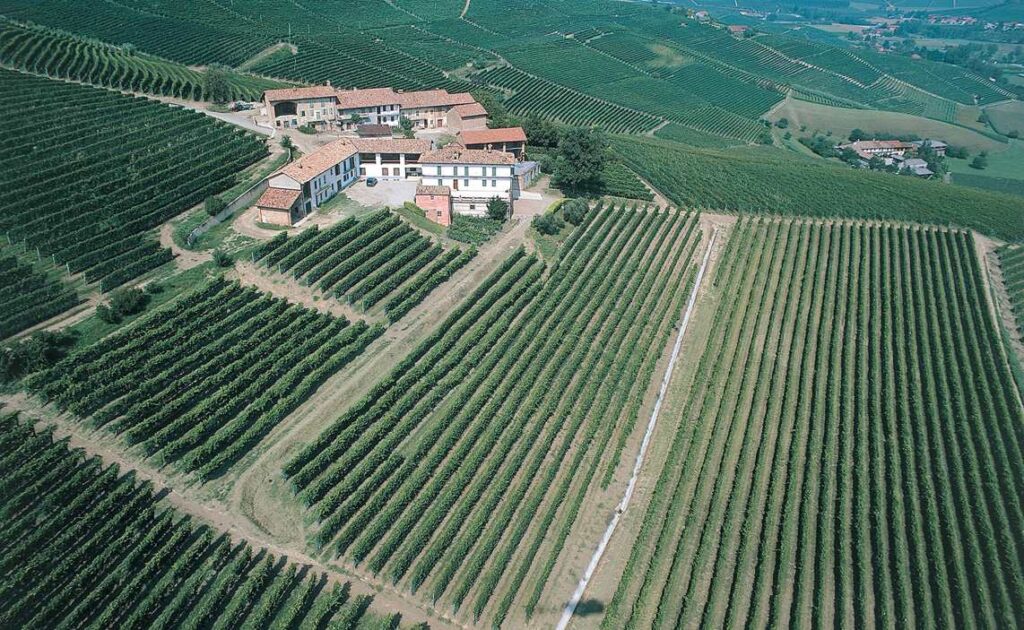 Is It Worth the Wait? How Patience Makes Your Barolo Better

Not all wines benefit from aging in the bottle. In fact, the majority of both red and white wines are made to be drunk anywhere from immediately to within a few years of their release. Aging a wine that doesn’t have the “backbone” to age results in a flat wine with all vibrancy and fresh fruit flavors gone.

However, some wines certainly improve in the bottle after 10, 20, or even 50 years (or more!). One famous example of a wine that just gets better with age is Barolo from Piedmont, Italy.

Michele Chiarlo founded his eponymous winery, located in Piedmont, Italy, in 1956. From that point, his vision and dedication to quality were paramount. Perhaps unexpectedly, his original goal was to plant and elevate the quality of Barbera, which was ubiquitous in the zone. However, soon after, the prominence of Nebbiolo became clear, and in 1978 Chiarlo acquired the first parcels of what would become Cru Barolo.

New to Piedmontese wines? Check out the below articles to get acquainted:

One of the innovations Chiarlo implemented was aggressive green harvesting. As early as 1984, Chiarlo began thinning the crop in his vineyards to increase the complexity and quality of his wines. He was among the first producers to realize that Nebbiolo responds especially well when not allowed to grow unchecked. The results speak for themselves.

In 1988 and 1989, the family acquired vineyards in Cerequio and Cannubi respectively. While production from these vineyards is naturally limited, the family’s holdings have grown to 10 hectares in Barolo. Although proprietor Michele is still involved, the day-to-day operations of the estate rest with his sons Stefano, who handles the winemaking, and Alberto, who’s responsible for marketing.

I had the pleasure to attend an exclusive webinar hosted by winemaker Stefano Chiarlo. The theme of the meeting was “Time in a Bottle” and focused on the evolution of Stefano’s Cerequio Cru Barolo. Before we get to the tasting and insights Stefano shared during the Q&A, let’s discuss the nature of the vineyard itself.

First, let’s tackle the pronunciation.  Cheh-WRECK-wee-oh.  It’s a mouthful, but now you’ve got it!

The Cerequio vineyard is located in the La Morra Commune in the Barolo zone. Like many of the great Burgundy vineyards, Cerequio is owned by five different producers. Chiarlo’s holdings total 9 hectares and the remaining plots are owned by Gaja, Boroli, Roberto Voerzio, Batasiolo, and Contratto. The first vintage was 1988.

Although he is the winemaker, Stefano was quick to discuss his role as it extends beyond the cellar. 80% of his time is spent in the vineyard. He was emphatic about being in touch with his plants. “It’s much more important to understand the vines, parcels and hills than to be in the cellar. The soil can change from just a few different vine rows.” With Piedmont’s often mercurial weather patterns, this sort of intimacy is critical to managing all aspects of vine health during the growing season. 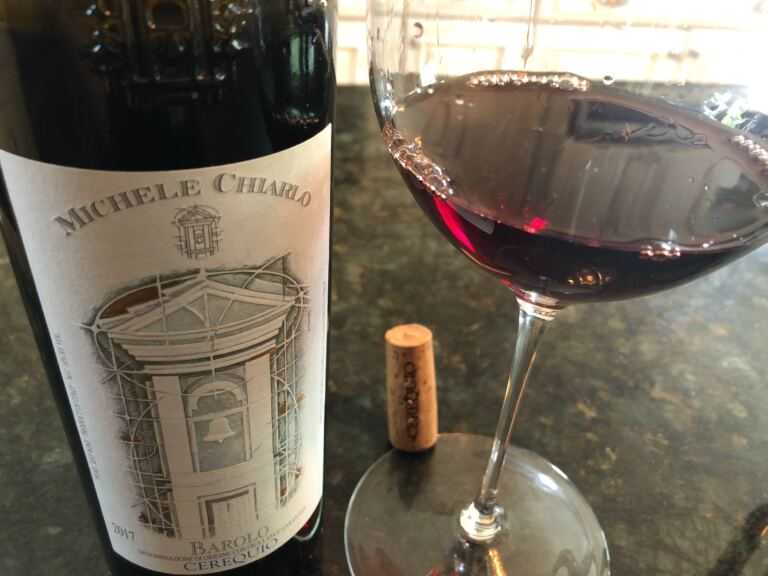 The first wine we tasted was the yet to be released 2017 Cerequio Barolo. I opened both wines an hour before the tasting began and it was interesting to witness the evolution over the course of the afternoon.

The 2017 Michele Chiarlo Cerequio Barolo is a medium ruby color that already shows a bit of lightening at the edge of the bowl.  An expressive nose of cherry compote, cured meats, Asian spices, and lilies greet the taster. On the palate, the wine is medium- to full-bodied with cherry fruit that is mouthwatering. For such a young Cru Barolo, the complexity is notable. This is sapid and juicy with dried herb and tobacco complexity. Fennel seed emerges on the finish where the tannins remain present but dusty. As it opens, it adds more weight and a rounder, more voluptuous texture. Absolutely delicious and very approachable now.

The 2010 Michele Chiarlo Cerequio Barolo is a deeper ruby color at the core compared to the 2017. Although it fades to a little orange color at the rim of the glass, it is darker throughout. One of the first things you notice is the longer, slower legs on the glass. You sense the greatness here. Stefano was quick to mention the difference in the wines in terms of structure and concentration and said the 2010 is just now beginning to drink well.

On the nose, the wine shows gorgeous cherry aromas accented with red flowers, baking spices, and balsam notes. On the palate, this is full-bodied with a lot tannin left to resolve. Very masculine, especially without food. However, with the grilled pork chops with mushroom and rosemary potatoes, the wine sang. Ripe, round cherry flavors coat the palate from front to back. Sweet tobacco, dusty earth, and fresh anise add complexity. This wine is firmly in the 8-15 year window that Stefano mentioned and I think it’s in a great spot right now.

What would you say is the most dominant character of the Barolo from the La Morra Commune?  Good question! Very fruity and elegant Barolo comes from the La Morra commune. The wines here are maybe not the most structured Barolo but Cerequio is an exception and is most similar to Serralunga – especially on the palate. Generally, La Morra will have silkier tannins than say, Cannubi. That is the dusty sensation you are experiencing.

Stefano further opined on what he called his “General Barolo Rule”:  “For a drinking window for Barolo, from an excellent producer, you can never be in trouble from 8-15 years. After 15 years you will start to slowly lose the fruit and gain more tertiary character. It depends what you like to have.”

How does the Chiarlo family see the future of Barolo in terms of a “contemporary consumer”? When people are looking for an authentic wine from top quality labels, they realize that Barolo is a unique wine. I think that’s what educated consumers look for, something that is unique and can’t be found all over the world. Anyone can make Cabernet or Merlot but that is not unique like Barolo is to Piemonte.

Michele Chiarlo uses only large botte for producing Cerequio.  He mentioned that although these wines are seven years apart, they were treated “essentially identically” in the cellar so as to highlight the nature of the vineyard.

With the revitalization of Nizza Barbera which I’ve written about earlier, Michele Chiarlo is doing great things. Stay tuned for more coverage of this winery.

John began seriously appreciating wine in 1995 and has been passionate about discovering and exploring it ever since. This passion led to the founding of Tuscan Vines in 2010, a leading authority on Tuscan and Italian wine in the United States. Drawing upon decades of tasting experience including visits to the premier wine regions of Tuscany, Umbria, Veneto, Lazio, Champagne, Alsace, Napa, and Sonoma, John primarily focuses on Italian wine and creating original recipes that honor the Italian culture. Visit his site Tuscan Vines to learn more about Italian wine.