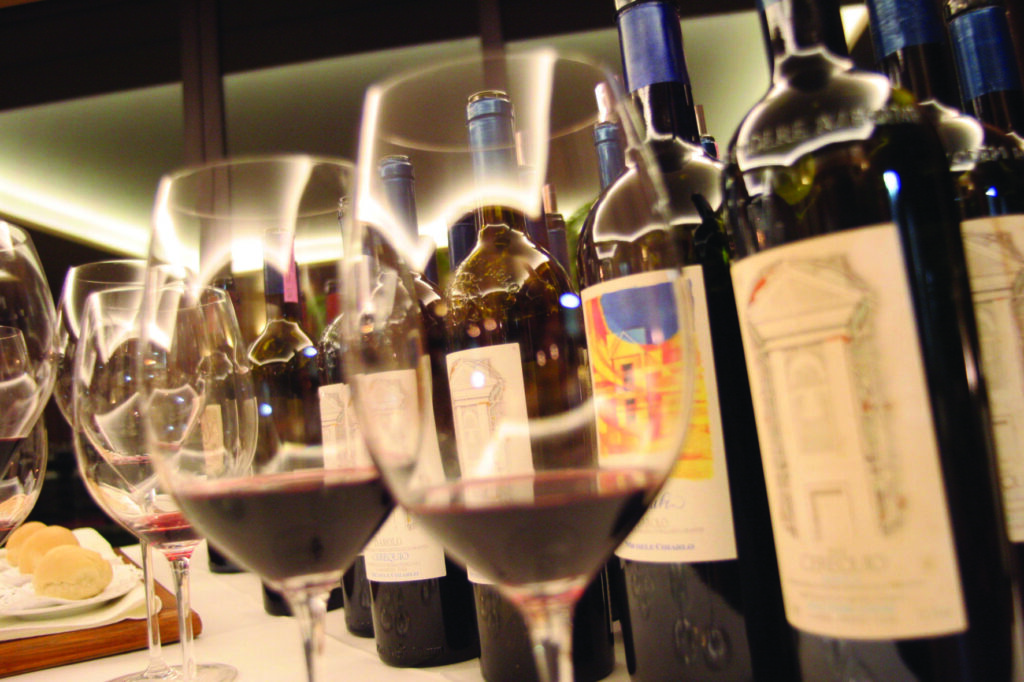 Grape Guide: The Nuances of Nebbiolo in Piedmont

The three B’s of Italian wine—red giants with full body that age well and reach wonderful complexity and quality—are Barolo, Barbaresco, and Brunello. Of these, two are from Piedmont and made from the exact same grape: Barolo and Barbaresco wines, made from Nebbiolo. Yet this prestigious, picky grape makes far more wines than Barolo and Barbaresco in Piedmont alone: seventeen, to be exact.

About Nebbiolo, the Grape

The Nebbiolo (neb-bee-OL-oh) grape is a black grape variety with thin skin and high tannins, acidity, and sugar. It makes a powerful, full-bodied, high alcohol, complex wine that is deceptively light garnet red in color.

The grape gets its name from the Italian word for “fog,” nebbia. Early in the morning until the sun burns it away, a thick fog hangs over the vineyards in Piedmont, creating the perfect humid environment for grapes. In the past, before climate change nudged harvest date earlier with warmer weather patterns, Nebbiolo grapes were harvested at the end of October, exactly when the nebbia begins to shroud the vineyards the most. “Nebbiolo” can be translated as “little fog.”

Nebbiolo is known to be a temperamental grape, only deigning to produce fine wines in very specific conditions and territories. It is late-ripening but early-flowering, and therefore needs maximum sunlight and no chance of early spring frost. Piedmont, particularly the heart of the Langhe wine region on the slopes of Barolo and Barbaresco, is prime territory. Producers have also had luck making wines from Nebbiolo in small areas of two bordering, northern Italian regions—Valtellina in Lombardy and Val d’Aosta; and a scattering throughout other wine regions, like Sonoma. Nebbiolo is more important traditionally and oenologically in its native Piedmont, however, so this post focuses on Piedmontese Nebbiolo.

Wines Made from Nebbiolo in Piedmont

Nebbiolo makes up 100% of Barolo and Barbaresco. But this finicky grape makes seventeen total DOC and DOCG wines in Piedmont, each one incredibly different. Though some of its Piedmontese territories are tiny, they vary from hill to hill. In general, attributes that are found in a Nebbiolo wine are: garnet red in color; floral and earthy elements like violets, berries, and spices; dry, and usually tannic enough to need ten years to twenty years in the bottle before they are ready to drink; and subtle notes of bitter almond aftertaste.

Below are the wines made from Nebbiolo in Piedmont. Before you know it, you’ll be rushing out to buy a bottle (or order from Drizly), but don’t be surprised to discover that many are uncommon even in Piedmont. Your best bet for finding a Nebbiolo wine in the USA are Barolo DOCG, Barbaresco DOCG, Roero DOCG, and Nebbiolo d’Alba DOC. By all means, though—if you find one of the rarer gems, go for it!

Barolo DOCG is perhaps the most famous Nebbiolo wine. Its name derives from the small town in the heart of the Barolo production zone in the Langhe, but it is produced in eleven hillside towns, not just in Barolo itself. The wines fall into two general categories: well-structured and full-bodied that improve with time, and elegant wines that are enjoyable at a younger age. Barolo, a classic meditation wine, has an aroma of roses and violets, mature fruit, and spices; it’s full-bodied and dry and often has a distinct aftertaste of licorice.

Barbaresco DOCG is sometimes called the “queen” to Barolo’s “king.” Its territory is just two steps away from Barolo. The rich soils of these hills grow grapes that make a wine with aromas of vanilla, cinnamon, green pepper, raspberries, and sometimes fruit jam and hazelnut. Often described as more elegant over the more powerful Barolo, its intense flavor is immediately satisfying.

Nebbiolo d’Alba DOC is produced between Barolo and Barbaresco, and in fact displays characteristics of both: near the two zones, the wines are full-bodied and age very well. Further away, they’re delicate and best young. Both types are fragrant with flowers and wild berries, hints of spices, and a balanced, dry taste.

Roero DOCG is made of at least 95% Nebbiolo and up to 5% black grapes suitable for cultivation in Piedmont. This delicate Nebbiolo wine has aromas of strawberry, raspberry, rose, and geranium. Charles Albert Savoy of the ruling royal Savoy family was so enamored with “nebbiolino” that he bought vineyards to make his own wine in the cellars of his castle. Today, that castle is the seat of the University of Gastronomic Sciences. Fittingly, a Wine Bank is housed in the old Savoy cellars.

Gattinara DOCG is a northern Nebbiolo wine, made in an area called Alto Piemonte. Decades ago, more Nebbiolo vines were actually planted here in the northern parts of the region than in the Langhe. 90-100% Nebbiolo is blended with max 4% Vespolina and/or up to 10% Bonarda to make a wine that can age for years. It has a violet aroma, marked minerality, and is dry and velvety on the palate.

Langhe Nebbiolo DOC falls in one of the largest wine zones in Piedmont, Langhe DOC. Langhe Nebbiolo DOC must be at least 85% Nebbiolo and max 15% non-aromatic, black grapes suitable for the region. It has delicate scents of raspberry and violet, and is dry and robust with big body and soft tannins.

Carema DOC is made from a minimum of 85% Nebbiolo grapes, and max 15% of non-aromatic red grapes from the winery’s land that are ideal for vineyard cultivation in the province of Turin. In Carema, two local variations of Nebbiolo are used, Picutener and Pugnet. Its vineyards are spectacular, clinging to terraces and concrete pillars on the hillsides. The wine has hints of delicate rose and a soft, velvety mouthfeel.

Canavese Nebbiolo DOC is produced in the provinces of Turin and Biella. It must have min 85% Nebbiolo plus max 15% other red, non-aromatic grapes suitable for cultivation in Piemonte. Garnet red with orange reflections, it is delicate and slightly floral on the nose, and dry, full-bodied, and slightly tannic on the palate.

Albugnano DOC comes from a tiny town in the Asti province, which lies within an area called Monferrato, with the claim to fame that its belvedere (site where an ancient lookout tower once stood) is the highest point in all of Monferrato. May be made from min. 85% Nebbiolo and max. 15% Freisa, Barbera, and/or Bonarda. It has a distinctive and delicate aroma, at times vinous, and is dry with a good body and flavors of red fruits like strawberry and cherry.

Spanna – Colline Novaresi Nebbiolo DOC comes from a region in Alto Piemonte that is very close to the border of Lombardy to the east. Spanna is the name you’ll usually hear Nebbiolo called in northern Piedmont, and what you may find on the label. It is min 85% Nebbiolo and max 15% other red grape varieties suitable for growing in Piedmont. Notes of spices and red/black fruit, and gentle on the palate.

Ghemme DOCG, also from a small territory named after a city surrounded by ancient fortifications, uses 85% Nebbiolo and 15% of Vespolina and Bonarda Novarese to make a fruity wine with an intense violet aroma. It’s dry with a touch of bitterness and a refreshing acidity.

Lessona DOC is made in the smallest area and produces a very rare wine. It’s made of min 85% Nebbiolo (called Spanna in northern Piedmont) and up to 15% Bonarda Novarese and/or Vespolina. The wine is fruity with a scent of violets and wildflower, dry and pleasantly tannic in the mouth.

Terre Alfieri Nebbiolo DOC is made in the land between Asti and Alba in southern Piedmont, where it overlaps other wine zones. Production is still rather small, considering producers have other, more recognizable denominations to choose from (Roero DOCG and Nebbiolo d’Alba DOC). It must contain at least 85% Nebbiolo and max 15% of black grape varieties; medium-bodied and lighter acidity, with notes of spice, leather, and black cherries.

Boca DOC is the northernmost wine in Piemonte. It’s a blend of 70-90% Nebbiolo and max 30% Vespolina together with Bonarda Novarese, sometimes called Uva Rara. Its intense aroma hints of sweet violets and spices; it is dry, slightly bitter, and has an aftertaste of pomegranate.

Bramaterra DOC is made in a relatively larger territory than the other northern Nebbiolos, located between Lessona and Gattinara. It’s 50-80% Nebbiolo plus max 30% Croatina and/or max 20% Bonarda and Vespolina. It has a persistent aroma of flowers with hints of spice and a faint almond taste with good structure.

Fara DOC is made in just two towns, Fara and Briona. It must be 50-70% Nebbiolo, max 50% Vespolina and Bonarda Novarese, and max 10% of other red grapes suitable for Piedmontese cultivation. It smells of flowers and violets with a dry taste that can be bitter but balanced.

Sizzano DOC, produced only in the town of Sizzano, is another wine favored by documented history: the Count of Cavour praised it in a letter of thanks to the one who gave it to him. It is 50-70% Nebbiolo, max 50% Vespolina and Bonarda Novarese, and max 10% of other red grapes suitable for Piemontese cultivation. It has a delicate violet aroma with hints of cinnamon and spices, and is pleasantly dry and balanced with soft tannins. 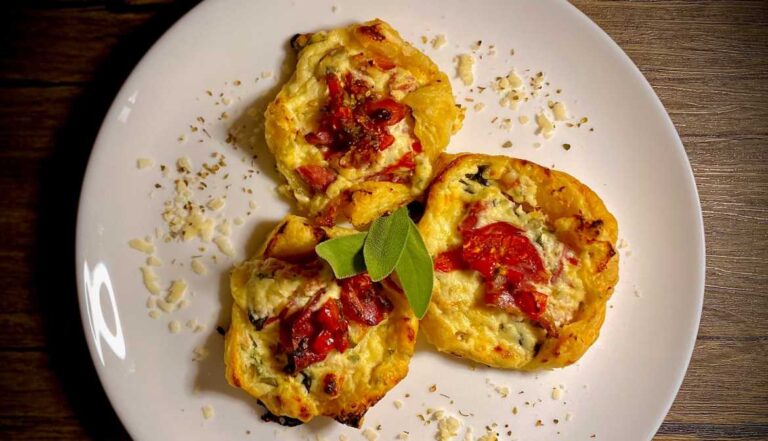