Daniele Puleo, owner of CiboDivino Marketplace, is a thirty-year veteran of the restaurant industry. Puleo found his footing in the food and wine markets while growing up in Sicily. At the age of 22, Puleo packed a handful of Lira, some broken English, and left Italy to pursue his American dream.  He landed in Scottsdale, Arizona, where he opened the quaint Tiramisu restaurant before moving to LA to earn his chops with the best in the business. Puleo was hired as manager of the landmark restaurant, Rex, a Hollywood backdrop to A-list celebrities where Puleo oversaw a 35,000 wine bottle cellar. The young Sicilian made his mark by hosting prestigious events, including the Grammy’s, Oscar’s, multiple Premiers, and celebrity parties.

After moving on to manage the Pasadena and Beverly Hills locations of Il Pastaio, and then Mr. Chow’s of Beverly Hills Eurochow concept, Puleo moved to Dallas and opened the restaurant Daniele Osteria in 2004. In 2005, just months after opening, Daniele Osteria was named one of the ten best restaurants and he was named one of the best chefs by D Magazine and The Dallas Morning News. In 2008, he founded Brix Pizza & Wine, later renamed INZO Italian Kitchen. Puleo sold both locations in 2014 to focus on the CiboDivino Marketplace.

Puleo and his wife Christina were thinking BIG with the creation of CiboDivino, a concept that took two years to develop. The team wanted to create a modern Italian market where you could find specialty food, memorable wines, and products that would make you want to come back again and again. Puleo brought his authentic connection to Italian culture and cuisine to the table, in addition to his many years of expertise and enthusiasm in the wine world with the Enoteca wine shop: he hand-selected the 350 labels at CiboDivino. In addition, most choices found in the Chef’s Case are Puleo family recipes. Every detail and product represented in CiboDivino was directed and approved by Puleo.

I got involved naturally. I always had a passion for winemaking while growing up in Italy—it was fascinating as a child to understand how grapes would turn into wine and what process is used to make that happen.  I see the vineyard as a filter between the terroir and the final product…the wine itself.

Very little frustration—mostly because I don’t pretend to assume everyone is familiar with wine. The other side of the coin is the rewarding part, which includes the satisfaction of advising a consumer with the right bottle of wine.

A few years ago I represented Sicilian wines at the convention center in Los Angeles during the Italian wine and food festival.  Being from Palermo, it was an honor for me to talk about the upcoming wines of Sicily, and seeing my room so packed full of people in my seminar made me understand the interest for Sicilian wines.

The consumer in the United States is getting more involved with wine, and participating in more wine tastings and wine dinners.  This is a sign that we, as wine experts, have done a fantastic job of presenting this fabulous product. On the other hand, contemporary winemaking has evolved, and today we are enjoying some amazing products, thanks also to unique techniques.

Believe in what you are presenting and love the product.

It is very seldom that have I disliked working with wine. I find it to be extremely satisfying and love every minute of it.

If I should pass along a piece of advice to a startup, I would probably say to always challenge yourself into finding something new—there is always something we are overlooking and worth being noticed. 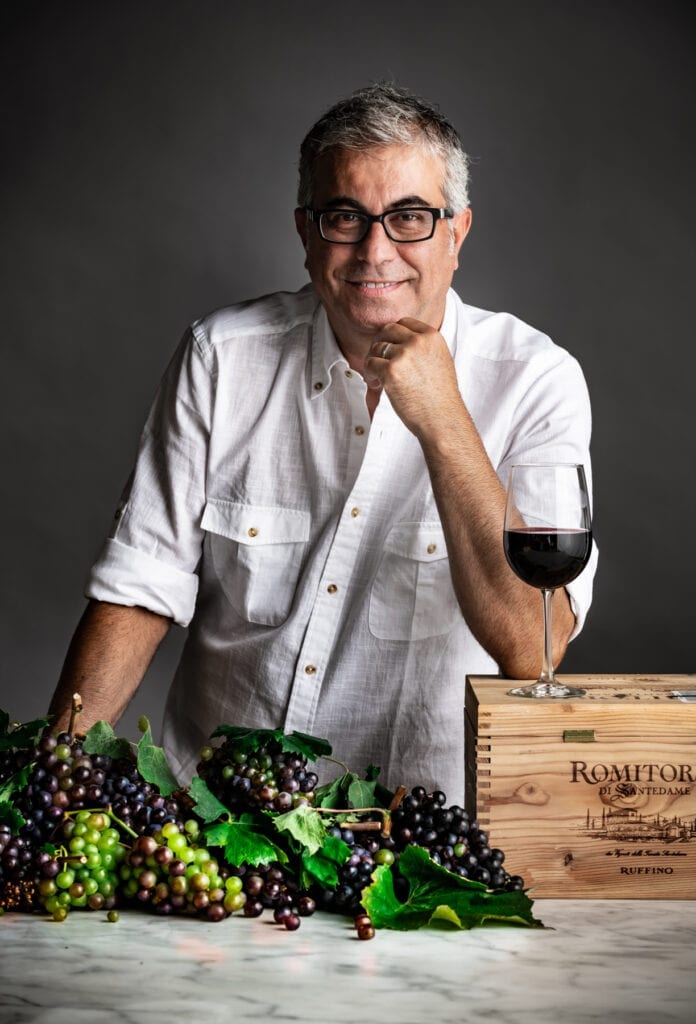 "I see the vineyard as a filter between the terroir and the final product…the wine itself."