Mary Ewing-Mulligan, Master of Wine, is a leading wine educator, columnist, and author. She was the first woman in North America to become a Master of Wine, a title that represents the highest level of knowledge and proficiency in the wine trade. She is currently one of only 57 Masters of Wine in the U.S., and 417 in the world.

Mary is president of International Wine Center (IWC) in New York, an independent wine and spirits school founded in 1982. At IWC, Mary runs the academically rigorous programs of the Wine & Spirit Education Trust® (WSET®), the world’s largest wine-education organization. She served as Executive Director of WSET Programs for the U.S. for fifteen years. She frequently judges at major national and international tasting competitions and is also a regular leader of seminars at major wine events across the U.S. Mary served as president of the Institute of Masters of Wine (North America) from 2004 through 2008, and currently serves on that organization’s Board of Directors.

Mary is author of Wine Style — Using Your Senses to Explore and Enjoy Wine, published by Wiley & Sons. She has co-authored (with her husband, Ed McCarthy) Wine For Dummies, 7th Edition and ten other wine books in the …For Dummies series. She is also a popular columnist for Wine Review Online. For more than ten years, she was wine columnist for New York’s second largest circulation newspaper, The Daily News, and for Nation’s Restaurant News for six years. On a freelance basis, she has contributed to the Los Angeles Times, Martha Stewart Living, The Wine Journal, The Wine News, Wine Enthusiast, and Family Circle. She also has been a regular guest on the NPR radio show, The Splendid Table.

Over the years, Mary has been the recipient of numerous awards and honors, including nomination for Wine Educator of the Year for the 2020 Wine Enthusiast Wine Star Awards, WSET’s prestigious Lifetime Achievement Award, and Wine Leader by the Italian Wine & Food Institute.

I took a job out of university, in Philadelphia. I worked for the Italian Trade Commission in a PR generalist capacity, even though I spoke no Italian at the time. One of the Italian products I promoted was wine. I became fascinated by wine — the taste, the variations, the grape varieties, how much there is to know about it. And the people involved in wine, all of them warm and supporting of a neophyte. I learned about Italian wine at a feverish pace. Within three years I was running the Commission’s Wine Promotion Center and covering the entire U.S. in educating the wine trade and consumers about Italian wine. Wine had become my career path.

Apart from a brief stint in sales, I have been on the communication and education side. Being able to share my knowledge and enthusiasm for wine has been a reward unto itself. But after becoming a Master of Wine in 1993, I was able to bring the Wine & Spirit Education Trust (WSET) courses to the U.S., offering them first at my wine school, International Wine Center, and later enabling schools and companies in other U.S. markets to offer the courses themselves — and the satisfaction of enabling others to learn grew all the more for me. But the very most rewarding aspect of my work has to be when a student achieves success, especially by earning the WSET Diploma or going on to become a Master of Wine.

The most frustrating part of my job has been the regulations and admin. Not only is wine a regulated product regardless of your job sector, but also WSET understandably has regulatory processes we need to follow to protect the integrity of the credentials, and finally, the NYS Education Department oversees International Wine Center because IWC is a Licensed Career School. Layers of regulation!

My entire five years of studying for Master of Wine were richly memorable, and I actually miss those days. I have taken memorable trips galore, all of them valuable learning experiences. If I must single out one event, it would be a tasting seminar of vintage Madeira at International Wine Center in 1986. David Pamment of the Madeira Wine Company in Funchal was the speaker. We chose the wines locally, all from the early to mid-19th century and one from 1799. Every wine was more astonishing than the one before it and yet was superseded by the next. David’s stories were so colorful that I can still remember them. Returning to the classroom after the weekend, I could smell Madeira lingering in the room. An astonishing experience.

Trends come and then trends go, and it’s fun to follow them briefly. If rosé wine was a trend, it has been an exception, apparently here to stay.

5. What is one tip you have for someone just getting into wine?

Take a wine class! While it is possible to learn on your own, structured classes led by knowledgeable teachers, in the company of other wine lovers and learners, take you to your goal far more quickly and effectively. 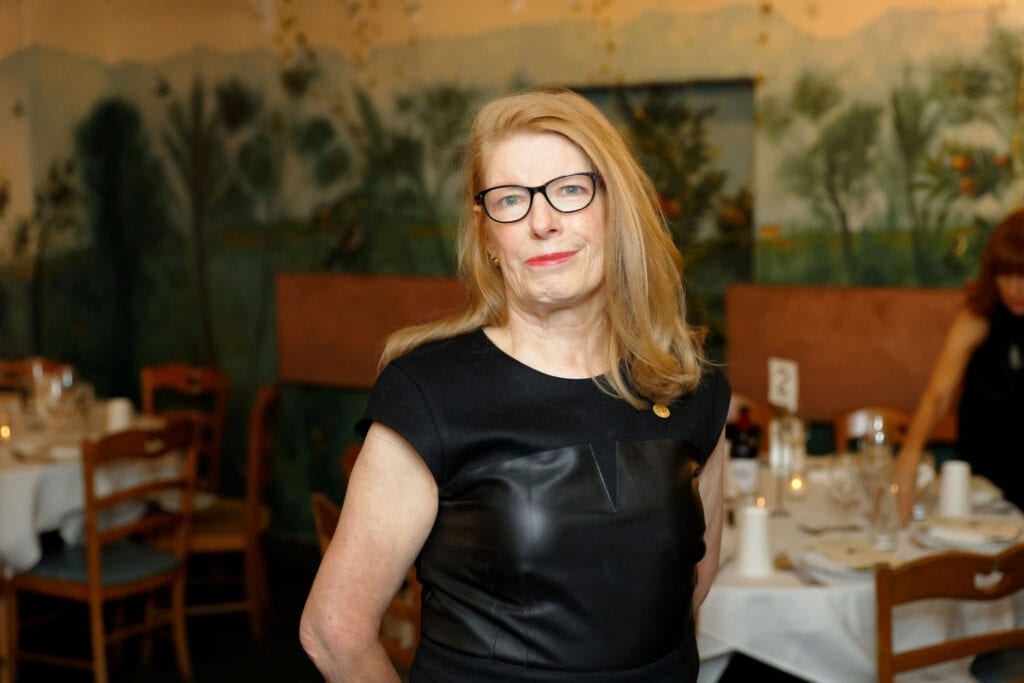 "The very most rewarding aspect of my work has to be when a student achieves success..."