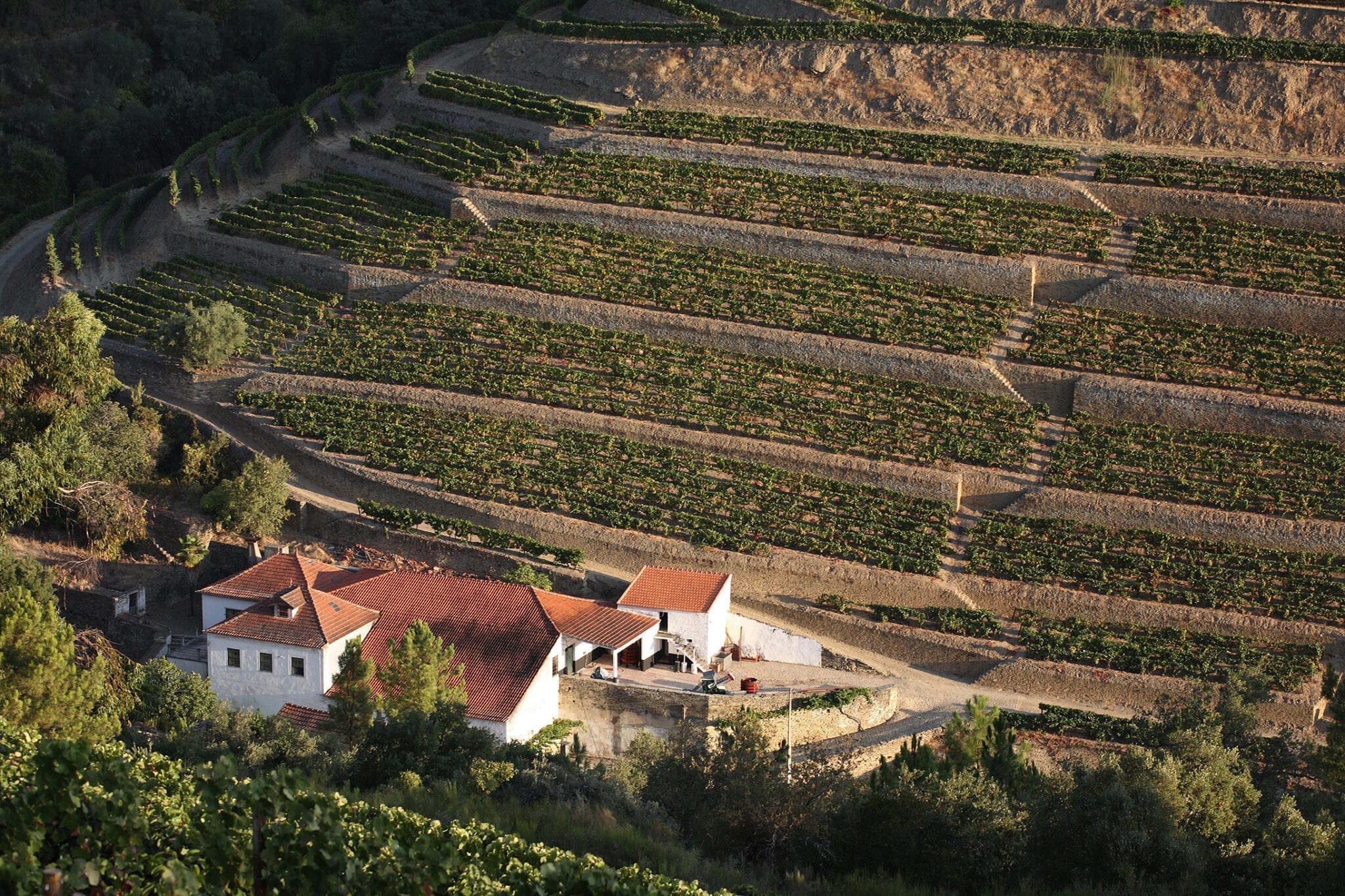 What Is Port Wine?

Port wine originated in Portugal, and the grapes used in the blending process grow in the Demarcated Region of the Douro in the Douro River Valley, one of the world’s most beautiful wine regions. (UNESCO has named the terraced vineyards here a World Heritage Site.) The Port houses lining both sides of the Douro bear the names of British gentry: Taylor Fladgate, Symington, Warres. These names denote the strong ties between Portugal and England, which have influenced the making of this fortified wine also known as Porto or vinho do Porto.

In 1662, King Charles II of England married Catherine of Braganza, the Portuguese infanta and sister of King Pedro II of Portugal. She strongly supported the Treaty of Methuen, also called the Port Wine Treaty, which solidified military and trade alliances between the two countries. Several years prior, Charles had prohibited the importation of all French goods, including wine, into England, allowing Portugal to fill the void. The Treaty of Methuen abolished import taxes on English wool sold to Portugal, and it lowered taxes on Portuguese wines brought into England.

Because of the steep incline of the river valley, growers initially planted vineyards on narrow terraces. This terracing, combined with the Douro’s many hairpin turns, adds to the region’s unique beauty. After phylloxera decimated the area in the 1870s, broader, angled terraces became the norm. In the 1960s, bull- dozers carved wider and steeper terraces, or patamares, into the valley walls. Quinta do Bom Retiro receives credit for first using these patamares. Planting techniques improved again in the late 1970s when growers widely adopted the vinha ao alto system, which uses a perpendicular planting orientation.

Of the more than 100,000 acres of vines, Portuguese law has authorized only 65,000 for the production of Port. Those vines must be at least five years old and must follow strict criteria, including geographic location, altitude, slope angle, exposure to sun, soil type, amount of stones, grape variety, vine density, vine age, vine training, and productivity. Growers train the vines close to the ground here and may not use trellises, which are popular in many other winegrowing regions.

The Montemuro and Marão mountains protect the Douro from Atlantic winds, leading to hot, dry summers and freezing cold winters. Rainfall is heaviest in December and January, and the vines in this region can extend their roots downward more than 25 feet in search of water.

RUBY: Aromas include blueberry, cherry, and cassis, and these Ports have great weight on the palate. They taste sweet with delicious notes of ripe red and black fruit.

TAWNY: These wines have nutty, oxidized aromas, especially toasted almond and hazelnut, as well as caramel, leather, and butterscotch. They taste sweet and have flavors of dried fruit, nuts, and caramel. 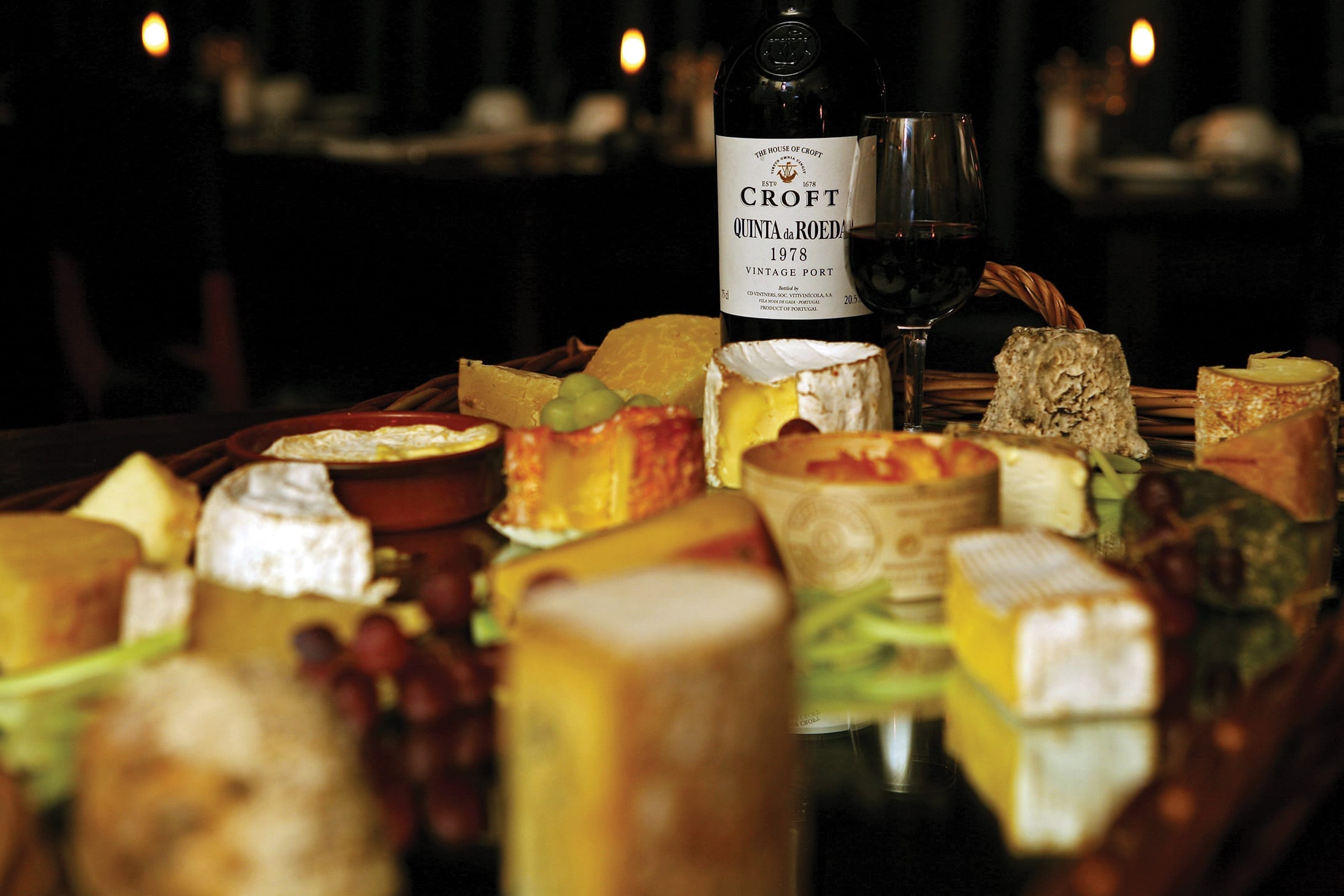 You Should Know: Many winemakers around the world produce wine labeled “Port,” but EU laws stipulate Portugal as the designated origin for Port and Porto wines. Portuguese vintners also make white and rosé Ports, many of which never leave the country, so try them if you visit.

What’s the difference? Read more about Ruby vs. Tawny Port

TINTA CÃO, which means “red dog,” adds bite. It has notable acidity, and strong tannins allow for decades of aging. This very low-yielding grape almost went extinct until experiments at the University of California at Davis and changes in vine training techniques saved it. Tinta Cão favors cooler areas of the Douro Valley and accounts for just 1 percent of the vineyards (about 1,000 acres). Aromas include wildflowers and red fruits. It tastes powerful, well rounded, and slightly acidic on the mid-palate and has a great deal of persistency in the back of the throat.

TINTA RORIZ, often called Aragones in southern Portugal, is genetically identical to Tempranillo grown in Spain. About 42,000 acres grow in the country, and it ranks as the second most planted variety in the Douro Valley. Aromas include dark fruits and freshly ground black pepper. Big, bold, and generous in the mouth, it has luscious fruit and spice flavors.

TOURIGA FRANCESA, also known as Touriga Franca, grows widely in the Douro as well, with 22,000 acres under vine. Aromas include red fruits, such as raspberry and strawberry, purple flowers, and Mediterranean herbs. It tastes juicy with firm but fine tannins.

TOURIGA NACIONAL grows on about 18,000 acres in Portugal. Aromas include rich dark fruits, such as blackberry and currant, as well as Earl Grey tea and candied violet. It is full-bodied and has good acidity. Its high tannins also add good aging potential to blends.

Winemakers may use other red grape varieties: Bastardo, Cornifesto, Donzelinho, Malvasia, Mourisco Tinto, Periquita, Rufete, Tinta Amarela, Tinta da Barca, and Tinta Francisca— but in extremely small amounts. Portuguese law limits the yield per 2.5 acres to 16,500 pounds of grapes. Most producers striving for quality limit their yields even further, though, typically to just 9,000 pounds per 2.5 acres.