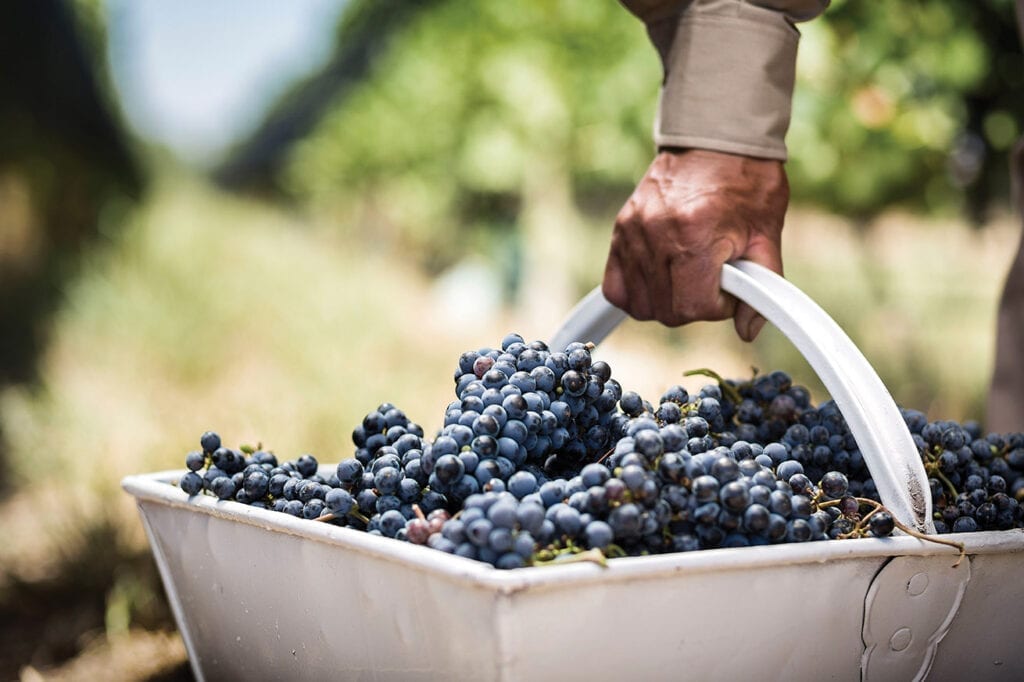 The Rise of Argentinian Malbec

Do you remember your first taste of Malbec wine from Argentina? I remember mine. Perhaps it was the dark, intense, purple color that attracted my eye. Then, once in the glass, I could detect the richly concentrated scent of ripe plum. On the palate, the sumptuous mouthfeel and the velvet texture of the wine were tantalizing. In contrast, the traditional Malbec wine of its ancestral home in Cahors, France typically has lower alcohol and less plush tannin.

Let’s take a closer look at Malbec in its new adopted “homeland” of Argentina from one of its top producers, Bodega Norton, with a quick virtual trip to this beautiful, mountainous country.

2006 marks the year that Malbec from Argentina became widely popular in the US market. Whether consumers responded to Malbec’s rich, ripe concentration of flavor, the whisper of vanilla and toast from French oak, or the affordable $15–$20 price tag, Argentinian Malbec was a quick hit. While Malbec wine remains popular today, top producers have begun to introduce higher quality levels that focus on high-altitude vineyards and increased use of new French oak.

Bodega Norton Malbec is an iconic wine of the Mendoza region in Argentina, a key reason being that Bodega Norton is the oldest “modern” winery in Mendoza. I recently covered this dynamic winery on Forbes.com. Though Bodega Norton produces many wines from Bordeaux variety red grapes (Cabernet Sauvignon, Merlot, Malbec), in many ways, Bodega Norton Malbec can be considered their signature wine.

Bodega Norton takes its name from English engineer Edmund J. P. Norton. Entranced by the beauty of Argentina, Mr. Norton imported Malbec vines from France and planted them in Mendoza in 1895.

Almost exactly 100 years later, Austrian businessman Gernot Langes-Swarovski also responded to the beauty of Mendoza and purchased Bodega Norton in 1989. Mr. Langes-Swarovski’s strongest desire was to produce wines that would achieve fame and critical praise for their high quality. For this endeavor, he would spare no expense. Today, the Norton vineyards, managed by Mr. Langes-Swarovski’s son Michael Halstrick, have over 680 hectares under vine.

Besides supplying the world with fine wine, the vineyards support the workers and families all over Mendoza.

Many Argentinian winemakers are “imported” from France or other countries. Norton Chief Winemaker David Bonomi grew up in Argentina surrounded by vines, as his father had his own vineyards. In 2017, Decanter magazine included David Bonomi in its list of the Top 10 Best Winemakers in South America.

One characteristic that separates Argentina from other winemaking regions in South America is its range of altitudes. The Grüner Veltliner grapes, grown at extremely high altitudes, gave this wine a racy high acidity.

Two premium red wines followed. The first was the 2018 Reserva Malbec, aged in 100% new French oak. This delicious wine punched above its weight with zesty acidity, smooth tannins, and rich black fruit. Next up was the Privada Family Blend 2016, a blend of Malbec, Cabernet Sauvignon, and Merlot-aged in French oak Until recently, the Swarovski family reserved this wine for their own personal consumption. Now this blended wine is available for everyone to taste and purchase.

The vertical tasting included blended wines made from Malbec, Cabernet Franc, and Cabernet Sauvignon. Exact percentages can vary with the vintages. The wines were all aged in 100% new French oak for 18 months, with all vintages displaying finely integrated tannins. Each vintage offered ripe black fruit, zesty acidity, and tannins that ranged in texture from velvet in 2006 to powdery in 2015.

One doesn’t need to visit Mendoza to appreciate Malbec. But a visit will help explain to you just how the climate, terroir, and proximity of the Andes Mountains contribute to the wine’s concentration of flavor.

During normal times, you can visit Bodega Norton in Mendoza and make a day of it. The winery offers an assortment of tours and special events like blending classes, cooking classes, and visits to the vineyard. You can even arrange for a scenic picnic on the property. Guests can also bicycle along the vines, go on a “photography safari,” or just relax and gaze out at the beauty of the Andes mountains at the La Vid Restaurant. VIP guests (you can become one, just ask) can make a reservation for an exclusive tasting of the winery’s most iconic wines in the cellar.

The city of Mendoza is about an hour from the International Airport. Americans can travel in a variety of different ways, with some flights from JFK offering direct flights. Most flights connect through Chile. This is a brilliant choice if you plan on visiting other wine regions in Chile (the flight between the two countries is just about an hour).

If you do visit Chile, the Montes Winery is a must. Read more about them here: 7 Secrets You’ll Love about Montes Winery.

Traveler’s Note: If you do not plan to visit vineyards in Chile, try to avoid the connection. Chile’s airport is modern and beautiful, but the non-stop lines and various screening checkpoints for agriculture and livestock can take an hour or more.

Marisa D’Vari discovered wine and food pairing with Julia Child as the program director of Boston’s American Institute of Wine and Food (AIWF). An interview with Robert Mondavi motivated her to achieve the Wine and Spirits Educational Trust Diploma (WSET), Certified Sommelier designation from the Court of Master Sommeliers, and Certified Wine Educator certification from the Association of Wine Educators. Since receiving her diploma in Winemaking from UC Davis, D’Vari is pursuing her Masters of Science in Wine Management from the OIV. D’Vari judges for London’s International Wine and Spirits Competition, Concours Mondial de Bruxelles, and others. She writes for several prestigious publications including Wine Enthusiast, London’s FT, San Francisco Chronicle, Decanter, and her online magazine AWineStory.com